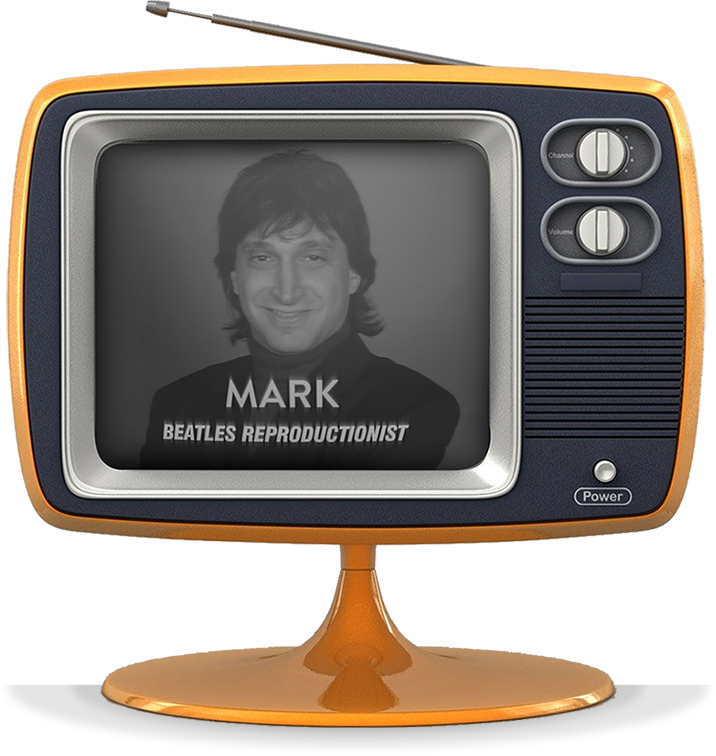 Mark Beyer’s fascination with The Beatles started at six years old.  His teenage sister had the first two Beatles albums in her collection. She would always warn him not to touch her albums or the expensive family Hi-Fi Stereo record player.

One evening, when their parents were out, and his sister had gone on a date, Mark’s curiosity got the best of him. He was already mimicking The Beatles mannerisms and singing their songs, having seen their cartoons and movies on TV. He and the babysitter played those Beatles albums over and over, and it was discovered that Mark was able to innately play along with them on the family upright piano, never having had a single lesson.

Astonished by his young talent, Mark’s parents rushed him into piano lessons. The teacher told them his hands were too small and to come back when he was eight years old.

Mark continued to teach himself Beatle songs until he could begin piano lessons. By the age of 12, his teacher said she had taught him all she knew, and commented that all that Mark wanted to do was work on Beatles songs. He was sent to audition for private training at a local University.

Mark was accepted into private lessons with Don Murray, who also trained television composer Jonathan Wolff (Seinfeld theme, and many others), and NRBQ keyboardist Terry Adams.

At the age of 14, Mark managed to purchase some second hand electronic keyboards from a pawn shop, and began to teach himself how to program synthesizers. He joined a local progressive rock group with other kids his age, who all happened to have talent and musical skills beyond their young years. They performed very difficult and challenging music from that era, such as Steely Dan, Yes, Emerson, Lake and Palmer, Genesis, and… The Beatles. Mark was developing a reputation as an insistent perfectionist, not always a popular trait around his young counterparts.

Fast forward through many years (decades) of wood shedding, night clubs, traveling, and recording. Mark answered an ad on the internet from a Beatles Tribute band from Sweden that needed a keyboard player to help them perform The Beatles Rubber Soul album for one of the largest Beatles festivals in the world, Abbey Road on The River. From that point on, Mark drew attention with his accurate live reproductions of elaborate sound effects, eclectic instrument sounds, full orchestral arrangements, and authentic sounding iconic Beatles textures, all done from the keyboards.  Mark has since performed with many Beatles shows and bands from all over the world, and is in his 8th year of touring internationally and having been on Broadway with RAIN, A TRIBUTE TO THE BEATLES.

From his home studio, Mark continues to research, dissect, and design complex keyboard performances of The Beatles music for whatever a show may require, no matter how seemingly impossible to execute and reproduce live on stage.

Mark still considers himself, above all, a huge Beatles fan.